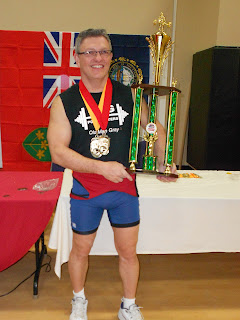 Good Day everyone, the best part of this quote is the part that tells us what counts, “The size for the fight in the dog.” I love that part. Really can it be stated any better? It does not matter the task that sits before you, what matters is the task that is head and the willingness within you to get to the next level. This is true of weight loss and strength and conditioning.
Those who have a lot of weight to lose sometimes get discouraged, when they look in the mirror and do not see the changes immediately that they want. This is when it is time to dig deep and fight the big dog fight. Be determined and do not let the image in the mirror, or people around you discourage you from reaching your goal. It is not an easy task to take control of your life. If it was, obesity would not be an issue in the United States. YOU CAN AND WILL BE SUCCESSFUL.
Now as far as strength training I want to relate a story to you. I was working my dead-lift yesterday and I was feeling pretty good. I was perfecting my form at first with lighter weights and decided it was time for some heavy work. My final successful pull was a PR for me at 435 lbs. Not a lot in terms of what some of the experts pull in this lift but it is getting there. The lift I want to talk about is the one I missed. I was watching the video of the lift and I truly feel I gave up, that is right I said it and I am not proud of it, if I had pulled it another inch just past my knees I would have gotten it I think. It seems the fight in the dog needed to be bigger. I assure you though my next training session will have a huge fight in the dog. I really want the next PR and I know I will hit it with the proper work ethic and fight.
I know it sounds crazy but I think I may just squat today. Really expend some energy with the legs after yesterday.
I am still working on a training schedule that will work with the goals I have in mind. I know the routines and weights I want to use; it is the time and day to perform the lifts that has become an issue. What is it I like to tell you all, SCHEDULE it LIKE A DOCTORS APPOINTMENT AND JUST DO IT.
Have a great workout!
Tip: It seems to me one of the most key movements in the dead-lift is the driving of the hips forward. As you start to lift the bar, push hard through your feet and then drive your hips forward. The majority of the power for this lift is coming from your legs and from the action of your hips coming forward. As with any power lift but especially when you are lifting heavy, you should be trying to move the bar as quickly as possible. . Keep the bar as close to your body as you can, pushing your knees outwards as you lift in order to keep them in line with your feet.