USAPL Live Stream for the Bench Press Nationals.
Quote of the day: 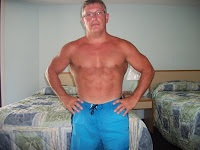 This quote is so true. Many people go on a diet to lose a few pounds and then go back to the way they were eating before the diet and then wonder why they put the weight back on. Let’s be honest here. If you ate properly year round you would not have to worry about what you ate between Christmas and New Years. If you make permanent life style changes it no longer becomes a diet that you are on. It becomes part of who you are. It becomes your dietary intake to live a healthy active life.
I have said it many times since I have been putting my rants together, that the body was built to move. We are not the fastest animals on the planet, however we are very efficient at what we do. I do not know of a cheetah that can run a marathon. He is very fast for a short burst of speed, but gets out of breath quickly. So if you are being chased by a cheetah cross your fingers and hope you can stay ahead of him long enough for him to get out of breath. We are very intelligent creatures but at the same time tend to forget that we need to keep our bodies in motion. As we get older it is not that our bodies give up on us, we tend to give up on our bodies. We adopt the mind set that, I am getting to old to do that now. The American College of Sports Medicine has stated and I quote “Most older individuals are well aware that they need regular aerobic exercise, such as walking, swimming, or running, to strengthen their heart and lungs and tone their bodies, but many dismiss weight training (also called resistance training) as an activity predominantly for the young or the vain. However, it is the only type of exercise that can substantially slow, and even reverse, the declines in muscle mass, bone density, and strength that were once considered inevitable consequences of aging. Unlike aerobic, or endurance, activities, which improve cardiovascular fitness and require moving large muscle groups hundreds of times against gravity, weights provide so much resistance that muscles gain strength from only a few movements. Resistance is usually provided by free weights or machines, but individuals can also get stronger by exercising in water.” Now listen my friends I have to admit here to being a little vain, I truly enjoy the comments I get when someone does not believe I am 49 and will be 50 next year. There I said it and admit it. I am a little vain. Another benefit to weight training is it helps fight off osteoporosis. Strength training adds more weight to the skeleton by building muscle; this stimulates the bones to strengthen and grow to bear the heavier load on the muscles. Another issue that affects us as we get older seems to be balance. This comes from the weakening of the core and other stabilizing muscle groups. Strength training aids in this as well. So there you have it my friends, all the more reason to incorporate strength training in to your daily routine.

Have a great workout!
Tip
Don't be a workoutaholic. Many people train way to hard in the beginning thinking that more is better, especially when results first appear. However, you're much better off easing into the process. Your muscles aren't prepared to do a lot more than they were doing before you started exercising--they're ready to do a little more. You increase your chances of success by increasing your activity a little bit. The morning after a workout, you want to feel like you trained, but you don't want to have to crawl to the bathroom. That will come later when those muscles are really ready and so are you.