Fat is the backup fuel system

Quote:It's so logical and so simple. Fat is the backup fuel system. The role it plays in the body is that when there's no carbohydrate around, fat will become the primary energy fuel. That's pretty well known. "Robert Atkins


I hit the mother load of quotes today with quotes from Robert Atkins. Now these make sense to me. My body has been burning fat as a primary fuel for 3 years now and I am happy to say I am able to keep the fat off and stay healthy. 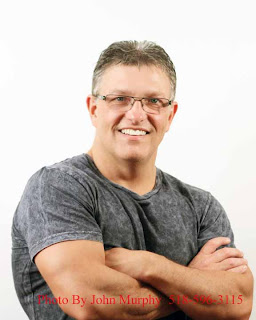 I got up late today and did not get to put together a new post. However I have a post from my friend Brian that he wrote last year. I thought that I would put it out here again. 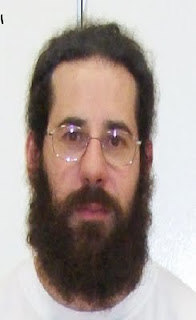 This weekend I am going to go over the topic of lifting with proper form. I could write pages and pages about correct form going into detail for many different exercises so I will glance over this topic. To be brutally honest, I am a form snob. In my opinion, if an exercise is not done properly, it does not count. Before I get to specific examples/reasons, I will mention that the Internet is a double-edged sword when it comes to lifting technique. There are a lot of good resources out there and a lot of hideous ones. Your best bet if you have questions is to ask someone at a gym that is more experienced. This may include any personal trainers/floor staff, or also a more experienced lifter. Some of the best people to ask are people who compete in powerlifting/weightlifting. One reason is that to excel in these sports, one must perform the lifts correctly. Otherwise your efficiency, and thus the amount of weight lifted, will be reduced. Also in competition, if improper technique is used, the lift may be disqualified. Unfortunately just asking the strongest person in the gym does not always work, because they might not have the proper technique. Some people simply cannot take the blow to their ego and perform an exercise properly with less weight. One thing to consider before asking someone for advice is to watch his or her form. Here are two things to consider before the lifter reaches fatigue. Is every rep performed in a controlled manner? Does every rep look the same? If these two characteristics are met, there is a good chance the person has put in a good amount of effort in practicing proper form. One last thing to consider before asking someone for advice is if the person need to employ muscles that are not meant to be targeted in the exercise. I will touch more on this later.


Proper form is imperative since some exercises are more likely to result in injury if performed improperly. I have been told many times by people with no training background that squatting deep and deadlifts in general are dangerous. My reply is always, “If you don’t know how to do them correctly”. The first time I showed a video of myself deadlifting to my brother he freaked, saying, “You’re lifting with your back!” What he failed to realize is that I was using my entire posterior chain with most of the power coming from my glutes and my legs. In addition he was unaware of the immense amount of time I have spent strengthening my back, so what to him is a heavy weight, is an easy warm up to me. Well I’m rambling, but my point is that if you don’t know what you are doing, yes you are more likely to hurt yourself. Proper form reduces the risk of injury.

A second reason that proper form is important is that without using correct technique, you may be cheating the muscles that you meant to target. First keep in mind that once you begin to reach fatigue during a set, you form will begin to suffer. If the last rep of a long set is not pretty, that is okay. That could be a good cue to stop the set. What I am talking about is when someone picks a weight that is too heavy and has to perform cheat reps for nearly every rep. One example that comes to mind is when people curl. When done properly, you should not swing your upper body to produce momentum. This is sometimes used, as a method of handling heavy weights and nervous system training, employed by advanced lifters, but for the general population is unnecessary. For the average person, swinging your body to help get the weight up takes the effort away from the biceps, which is the body part you wanted to train.

Another example of improper form is when people stop their squats way too high. Now I am aware that there are quarter squats and third squats, where you plan on only going to a certain depth. Those exercises have their place, but again, they are mostly for experience athletes. For example, a quarter squat is the beginning of a push press and the jerk motion of a clean and jerk. This big problem comes from people who are performing quarter squats when they think it is a full squat. Typically this again comes down to ego. When performing shallow (not full) squats, much more weight can be handled.

Just last month, there was a kid at the gym I go to who loaded the bar to 185 lbs, thinking it would be easy. He had set the safety pins of the squat rack, way up high so that he could only go down a few inches. At first I gave him the benefit of the doubt thinking he was doing quarter squats on purpose. With that weight, a healthy college aged male should be able to quarter squat with good speed. Unfortunately, each rep was terrible and cringe inducing. He was wobbling around like a top and his knees were collapsing inward each rep. The first two sets ended with him not being able to move the bar off of the safety pins. Each time he had to strip the weight and replace the bar on the catches and replace the plates. After the second failed set, I approached him and asked if he wanted some advice. I mentioned that he should keep his knees out, and asked why he had the safety pins set so high. His answer was that if he went too low, he couldn’t get back up. I had to bite my tongue. Of course, that is the hardest part of the lift. Instead of working the full range of motion and getting stronger, he was merely trying to avoid the effort. The result was utter weakness. I asked him to perform a bodyweight squat with no weight on his back, going all the way down. He had trouble doing this much lighter variation. I spent a few moments trying to give him some pointers and he eventually admitted he should use lighter weight to work on the form. Finally it got through to him that if he wanted to make any progress, he would need to learn how to squat properly or his strength would continue to suffer. Again I am rambling. The moral of this story is to learn how to exercise correctly, or you will limit your strength gains.
Have a great workout!

While there is a time and place for cheat reps and partial range of motion exercises (I will go into these in the future), muscles are meant to be worked through a full range of motion. That is when the muscle will reach its fullest potential for growth. Try this if you think you may not be squatting deep enough. Use less weight and go down below parallel. Remember the lower you go the harder it will be, so keep the weight easy to moderate but the reps relatively high. If in the next day or two you feel a lot more soreness, Jim has mentioned Delayed Onset Muscle Soreness (DOMS), there is a chance that you have finally fully activated the muscle fibers in your legs and glutes.