Do not trust everything your read 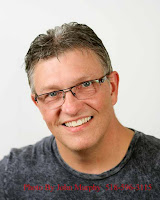 Quote: “Do not trust everything your read” , Unknown

OK I am probably going to catch some flack on this one mainly because you have to read this and hopefully trust what I am saying. Don’t worry the irony of that is not lost on me.

I have recently been getting the Men’s Health magazine. My son had a fundraiser for school and selling magazine subscriptions was what he had to sell. Any way I chose Muscle fitness and Men’s Health. As I was going through the magazine I came across an article which did not really surprise me at all and is something I have suspected for some time. The article was titled “ Can I trust the calorie data provided by the chain restaurants.”  Of course it was stating how the counts were inaccurate.(this is the part where you do not trust what you read) One of the restaurants was stating their chips and salsa dish only had 415 calories when in fact it had 1462 calories. Can you believe it, over 1,000 calories miscalculated? Now I am not going to sit here and state that the error was deliberate or not. It was probably an issue of cheaper ingredients used from what the original recipe called for. Which is not surprising. Restaurant managers have a bottom line to meet and they need to keep their food cost as low as possible. So where does this leave us the consumer, well in my opinion if I am being strict with my diet, I go for the simple foods. Foods that I already know the carbohydrate, fat and protein count on. It is when you get into these sauces and marinades that get us into trouble. They are usually loaded with sugar and flour or cornstarch. All simple carbohydrates that will just get processed to fast in our bodies and be stored as fat. I want to let you all know of this so you can be more careful in your choices.

I had yesterday off as one of my rest days. Sunday was a great workout day though. I first worked on my deadlifts. I was once told my a fellow member of team OMG pulling from a deficit will making pulling from the floor easier and you will be able to pull more weight. I achieved this by pulling in my squat shoes. This adds another inch and a half to the lift. When I switch to squat slippers or my Chuck Taylors the lift will come up faster and I will be stronger for the lift. Then went on to benching with a camber bar. The camber bar allows you to bring the bar deeper which will strengthen you coming out of the whole with a regular bar. I have been told I have a strong lockout and that working from the bottom will increase my raw and my equipped lifts. I did a 5 set of 5 work out on both lifts and will go 5 pounds heavier on the bench next week and 20 lbs heavier on the deadlift. The reason for the bigger jump in the deadlift is because it the last set of 5 still came up pretty smooth. While on the 5 sets of 5 on the bench was more difficult. Let’s see how next Sunday goes.


I have already touched on diet today and the challenges that are presented when dining out. Do not let this be a deterrent to dining out. Simply be careful when you do so. Do not choose a fast food restaurant. I would even a chain restaurant if you can. If not speak to the manager and ask them what items are prepared on the premises and which are actually delivered to the restaurant frozen ready to be heated and served. You will be surprised at how many items are simply thaw and cooked just like you would have a TV dinner at home. Make a point of knowing what the fat, carbohydrate and protein counts are on the foods you enjoy eating and then when you have the managers attention ask him what is added to the food during the preparation phase. He should be forthright with you, as he will not know at this point why you are asking. As far as he knows you have allergies that may react to one of the foods or spices. Lastly if he does make a comment about you avoiding carbs, politely tell him you are allergic to carbohydrates and that they make you break out in fat.

Tip:  Exercising during your lunch can help you improve your productivity during the rest of the day. I have been doing this for the past 3 years and now research from Sweden states that exercise does improve your productivity. It stated Employees who exercised 2.5 hours a week during work hours accomplished more than those Employees who did not exercise during the day. Exercise boost oxygen consumption, which may help improve concentration and problem solving ability. I know many of you do not have the benefit I do of having a gym in the building you work in. Try just going for a brisk walk everyday during your lunch. It will help you get the heart pumping and increase your metabolic rate.